Nearly a year ago, I decided to spend my last summer as a student cycling across the U. S. from Seattle, Washington to Washington, D.C with the Fuller Center for Housing. The idea formed when I was in college at Wittenberg University, where I was a member of Alpha Delta Pi, Chi Chapter. I participated in a service trip with the Fuller Center in March 2016, where I spent a week repairing the exterior of a home in Albany, Georgia. On this trip, someone handed me a pamphlet for the Fuller Center’s annual bike adventure, which raises awareness and funds for the organization’s build projects. I looked at the person in the orange jersey and helmet smiling on the glossy pamphlet cover and thought, “I have to do that one day.” What could be better than combining two activities I enjoy: service and cycling? That pamphlet sat on my desk until I realized that, after my last summer in graduate school, I may never have three consecutive months to complete such an adventure again. It was now or never, and I chose now.

And so began the hard process of learning that taking my hybrid comfort bike to class, the grocery store, and long weekend rides did not provide the vast amount of experience and knowledge I needed to complete the trip. I went from bike shop to bike shop, gathering information. I purchased a road bike, chatted with an excited shop owner who helped me find the right size tubes for my tires, and learned how to change a tire. The amount of information and cycling gear I collected seemed endless, and yet it didn’t seem like enough. On one memorable ride, a screw fell out of my right cleat, trapping my foot in the pedal. Unaware of this, I tried to put my foot down at a stoplight and tipped over onto the grass! I desperately tried to free my foot while people stuck their heads out of their cars to ask if I was okay. I’ve tightened my cleats periodically on every ride since!

I packed for Seattle knowing that I still did not know everything about cycling. What if everyone could see through my scrapped-together bank of knowledge? However, part of my reason for going on the trip was to learn. Knowing that I’d at least come out of the trip knowing more than I did going in, I took a deep breath and prepared myself for whatever would come once I arrived.

The first few days, I talked hesitantly to my fellow riders, who came from all over the United States and the world. In that first week, we climbed a mountain. As a native of the flat state of Ohio, I feared that I’d be incapable of making it to the top. While we approached the mountain via the dark evergreens and cascading waterfalls of Washington, one of the riders told me,

“Take it one wheel rotation at a time.”

That became my mantra. From 95 miles through the blazing heat of the arid Washington desert, to snow atop a mountain in Montana, to endless cornfields in Nebraska, and to over 6000 feet of climbing up and down steep hills in Pennsylvania, I took it one wheel rotation at a time.

I discovered that the group of 30 people (15 going the whole way) riding with the Fuller Center were the most welcoming, open-minded, adventurous, and compassionate bunch I’d encountered. They taught me how to properly use bicycle gears and cycle efficiently. I didn’t feel like I really knew what I was doing, however, until the day we crossed the Rocky Mountains. Spirits were high that morning. It was the Fourth of July, and we tied streamers to our helmets and brought noisemakers to blow as we rode. Finally, I didn’t dread the challenge ahead, but rather, I approached it knowing that I could do it. 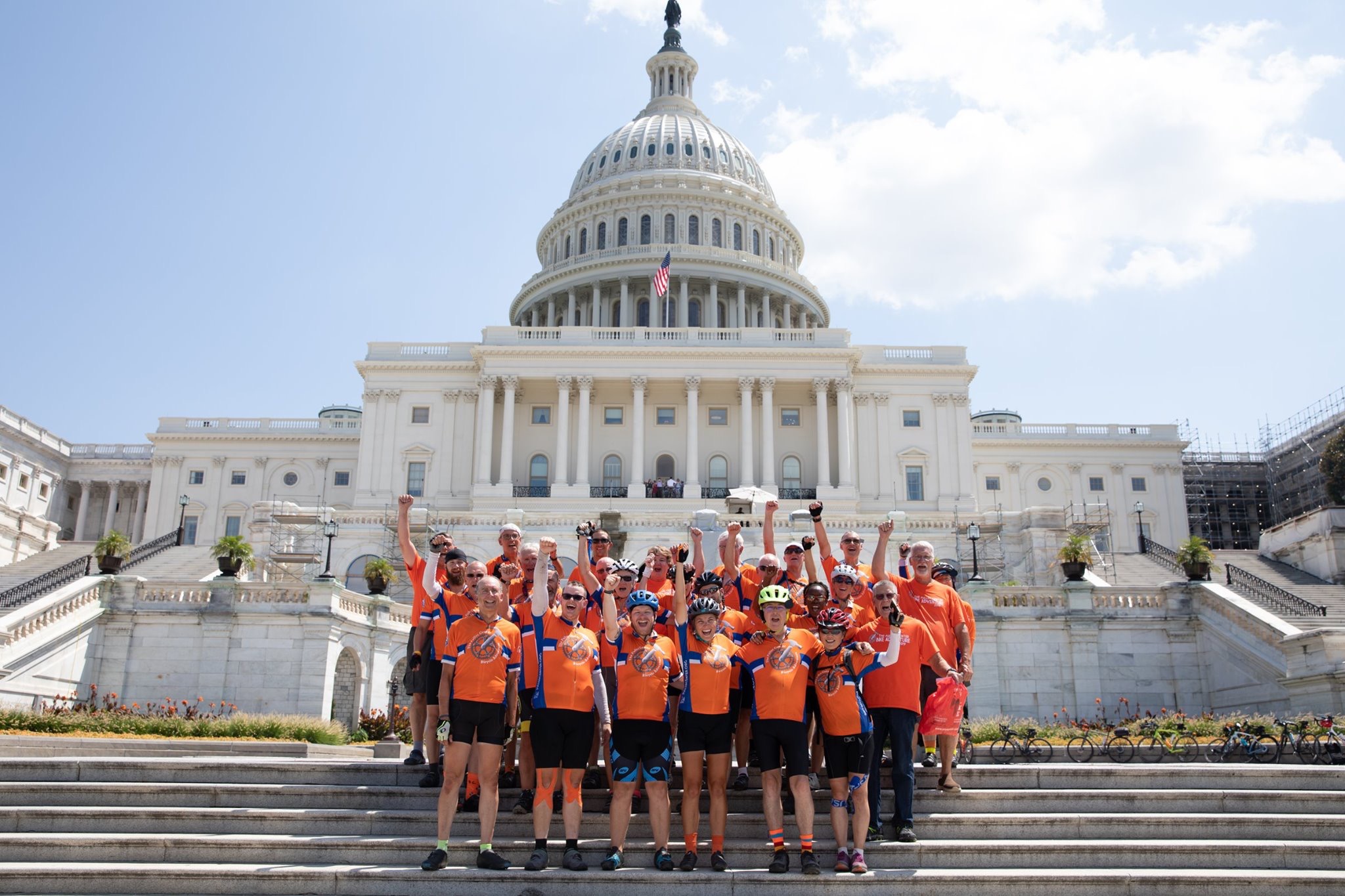 I had my routine. Low gear, head down, keep pedaling no matter what my mind says. My legs burned. My mind begged for a rest about every 30 seconds, but I knew I could keep going, so I didn’t listen. I didn’t keep my head down entirely because the views were stunning. The mountains and valleys layered in the distance in misty hues of blues and greens. I had never seen anything like it. Even though I barely had breath to spare, I had to shout,

Alongside our incredible journeys by bike, we also participated in seven build projects for the Fuller Center. The most memorable for me was in Springfield, Ohio, the home of my alma mater. The chance to give back to a community I’d lived in for four years was a major reason why I’d decided that I must complete the ride that summer. We painted a deck and put on a shed roof. My dad and an ADPi sister, both fellow Wittenberg alumni, joined the build day and were able to see what the Fuller Center was all about. Build days gave me the chance to see the good that our fundraising could do.

My journey across the U. S. was at once grueling, breathtaking, and joyous. Though I’ve said goodbye to my newfound friends and returned to my normal life, I’ve carried with me the courage to chase dreams, do good, and keep going no matter the challenge.