The LCs Have Left the Building!

LC Colyn summarizes what it’s been like training at Executive Office and describes everything she’s gained since she pulled up to 1386! 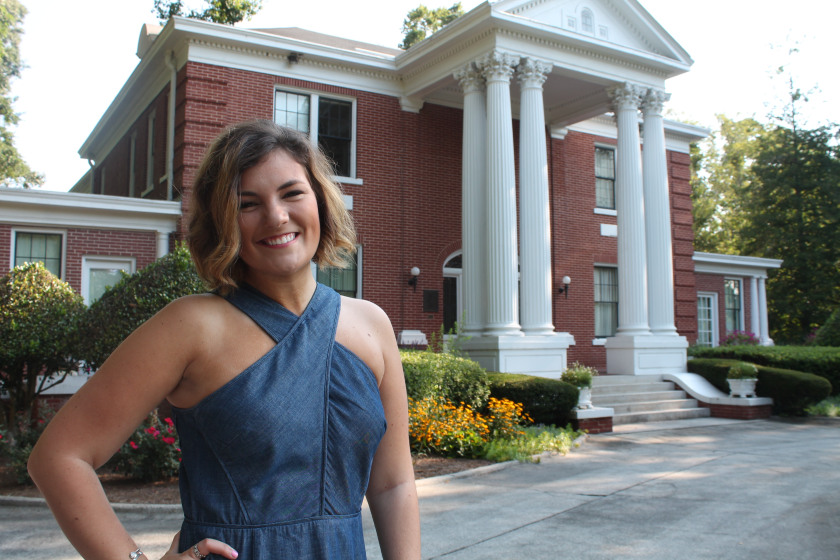 For those of you who don’t know me (aka the large majority of you), my name is Colyn True. I graduated from the University of Kentucky in May, and I serve Alpha Delta Pi as a Leadership Consultant. If I’m being honest, both of those facts seem crazy to admit. I’m no longer studying for organic or physics exams AND I am employed by an organization dedicated to helping women realize their worth—you tell me what could be better! Anyway, after two years living with my best friends in the ADPi House at the UK, I was sure I had experienced everything a sorority (and its house) had to offer. Then, two weeks ago, I—after lugging two fifty pound bags through the Atlanta airport AND the blazing sun—pulled into 1386 Ponce De Leon Avenue (which FYI I’ve been pronouncing incorrectly for three years). A mere moment later, I began the experience of a lifetime—sharing a bunk room with eleven women who only a month ago were “complete strangers.”

At Beta Psi, I spent four years falling in love with the individuality, passion, drive, and spontaneity of my chapter sisters. There we shared in unimaginable triumphs, countless tears, and twice as much laughter. For that reason alone, the growth I experienced as a result of the relationships I formed with those women, I was eager to embark on this journey as a Leadership Consultant. But, until this very moment, as I sit here and contemplate the roller coaster I am about to jump on in just five short days… I realize how naïve I was.

The past two weeks have been a whirlwind. The only time I haven’t talked about ADPi is when I’m sleeping, and even then I’m literally sharing oxygen with at least seven of them, so I’m not even sure that counts. As crazy as this experience has been so far—sharing a mirror with four people, driving a mini van on the narrow streets of Atlanta, having late night conversations with Grand Council, etc.—I have learned many things throughout my stay here at Executive Office.

Namely, our Alumnae are the G.O.A.T (the Greatest of All Time). I have to include that because even though the phrase is on its way out, the LCs and I are committed to its revival. From Grand Council, to Executive Office staff, to Recruitment and Marking Directors, and District Team Directors, I have been stunned by the seemingly tangible passion and zeal with which they lead and serve Alpha Delta Pi. While sitting in a training room for hours seems far from ideal, when you are face to face with women who are in eager pursuit of progress, generous with their time, and dedicated to service, it’s impossible not to be amazed. Some of my favorite alumnae—my ten leadership Consultant sisters—can be found in the bunk room laughing, chatting, or looking for their name tag. Despite the fact that the LCs are from all over the place—Arizona, Minnesota, Ohio, California, North Carolina, Jamaica, etc.—they have unified as one cohesive and motivated group. At their core is an unbridled passion for all things sisterhood, service, and fun. And, to say the least, it has been the blessing of a lifetime getting to share, grow, and learn with these sisters. I can speak (or type) on behalf of every LC that we are SO excited to get out on the road and begin working with chapters. We have stuffed our “ADPi brain” to the brim with everything ADPi, from membership experience to finance to housing, and we are so eager to share what we have learned both in training and throughout our experience as a collegiate member.

In conclusion, my favorite part of my time here so far has been the realization that Alpha Delta Pi is capable of turning “complete strangers” into friends, role models, and, above all, sisters.