Life changed for Whitney Mohr, Delta Gamma – University of Arizona, in February 2015 with a simple sentence. “Whitney, you may have a tumor.”

This story did not start here – it began more than a year earlier when she moved from Arizona to North Carolina to accept a position at the University of North Carolina, Chapel Hill. Whitney had just earned her Master’s degree and was ready to tackle a new adventure in a new city, but something felt a little off.

Whitney began seeing a psychiatrist who diagnosed her with anxiety and depression. She began counseling and even received the assistance of an emotional support animal, but her physical health began to change. Weight gain and skyrocketing blood pressure, something unusual for someone in their mid-twenties, sent her to her primary care physician looking for answers. After months of testing, she was referred to an endocrinologist because her cortisol levels came back at twelve hundred percent of what a normal woman in her age range should have. 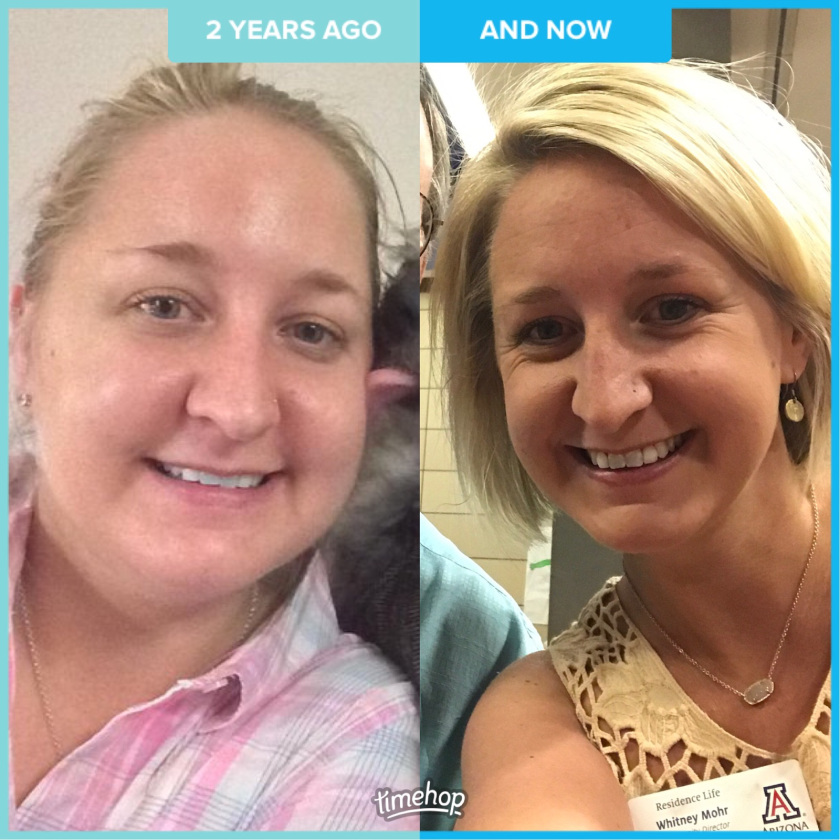 On February 16, 2015 she received a diagnosis: Cushing’s Disease. One of the leading causes of this disease is a tumor in your pituitary gland, making it impossible for your body to regulate cortisol in your body, which is necessary to live a healthy life. Whitney spotted the tumor, located on her brain, for the first time on March 23, 2015. And on May 19, 2015, she underwent brain surgery to have the tumor removed.

Shortly after surgery, Whitney began serving as the Standards Advisor for the Beta Upsilon chapter at University of North Carolina, Chapel Hill. This was where she found out about information on the Clasped Hands Fund Emergency Grant. Insurance only covered so much of her testing, MRI’s, surgery, hospital bills and medication – she felt trapped under the weight of her medical debt. In September 2015, she was awarded a Clasped Hands Grant which lessened her financial burden considerably.

Whitney updated us on her life, post-surgery, and her road to recovery.

As of May 18, 2017 I hit another milestone of two years post-op and have remained in remission for the entire time. I have suffered a few set backs here and there (some complications associated with the fact that along with removing the tumor the doctors also removed part of my pituitary). All things considered I feel amazing and that I have truly been given a second chance to live a full and wonderful life. 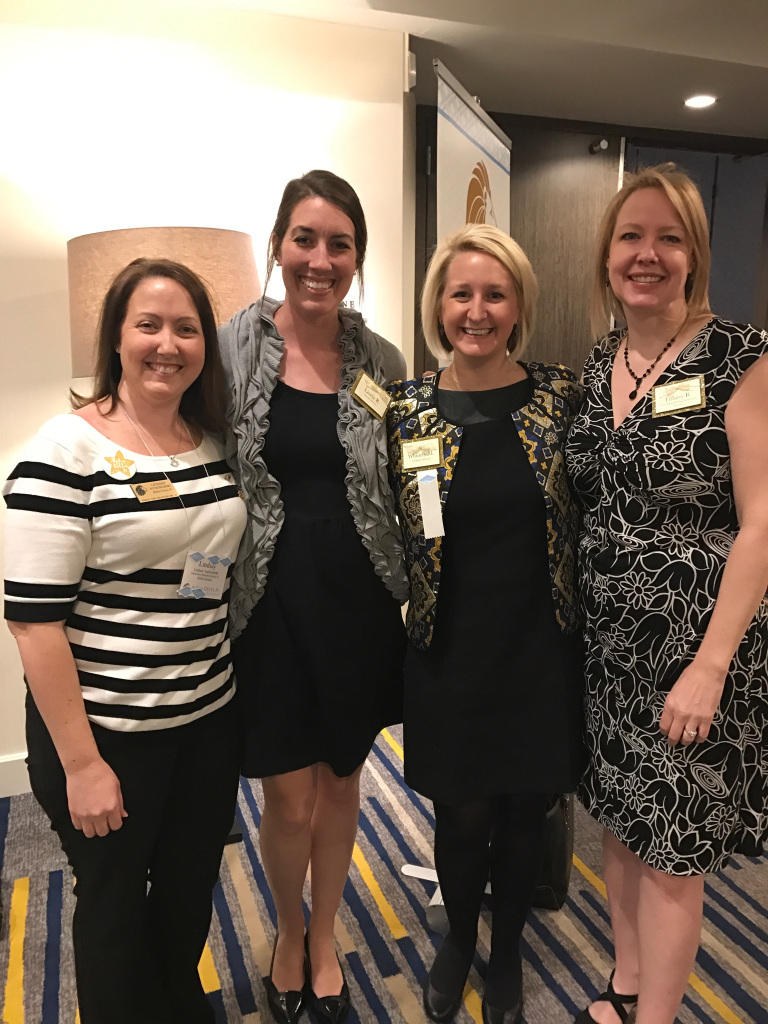 Sixteen months ago I made the decision to relocate from North Carolina and return to Tucson to work for the University of Arizona which is my two-time alma mater. Leaving North Carolina meant giving up my role as the Standards Advisor for the women of Beta Upsilon and that was definitely one of the hardest parts about leaving UNC, Chapel Hill. Lucky for me I was offered the opportunity to become Chapter Advisor for the Delta Gamma chapter which is my home chapter! As of January 2016 I have had the opportunity to return home and spend time with the lovely ladies of Delta Gamma. It feels like a true blessing!

I have recently been promoted to the Program Manger of Graduate Experience with Housing and Residential Life. I spend my days working and developing graduate students, and my nights and weekends doing the same with the Delta Gammas. I could not be any luckier! Last July I started my PhD and have officially completed my first year as a doctoral student in the Higher Education program at the University of Arizona. 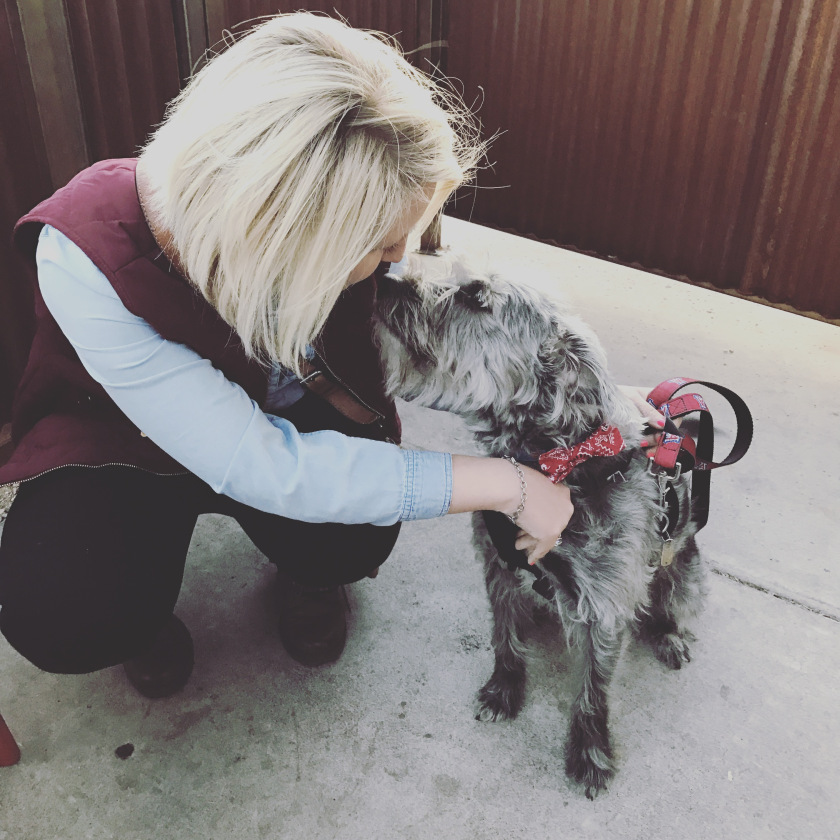 My life is so full! I have a wonderful career, great friends, amazing sisters, my family, continued good health, my ever loving dog (Sawyer), and more sunshine than seems fair!

Whitney shared this sentiment in a letter to the Clasped Hands Fund Committee after receiving the emergency grant,

Words seem insufficient to express my gratitude. Receiving this grant will allow me the opportunity to move forward from a financially and physically debilitating time in my life. The compassion shown by the Foundation is a reminder that our sisterhood is so much more than four years. The support I have felt from sisters near and far has been such a blessing.

With the support of sisters around the globe, our Clasped Hands Emergency Grant program has awarded more than $418,000 to sisters in need – just like Whitney. To learn more about the grant, please visit our website. And to follow Whitney along her journey, please visit her blog.