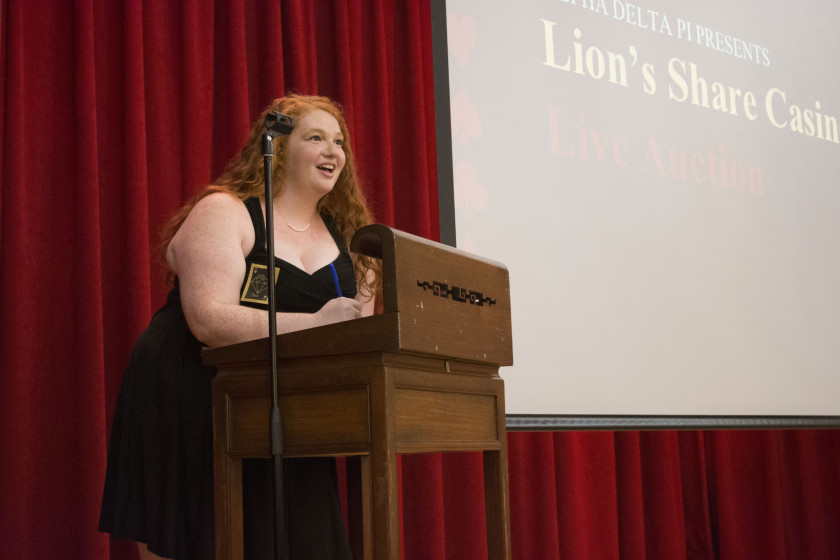 We have held a Lion’s Share Challenge Auction each year since our colonization. This year we decided to have a casino theme for the second time. We planned our event to coincide with our university’s “family weekend” so that our guests were largely parents and families of our members. We worked with a local casino rental company to determine the different games, and number of games that we would have. We had blackjack, traditional poker, and 3-card poker. We also had a live and silent auction that featured a large number of items donated by our families and local companies. We spoke about our chapter, our relationship with the local RMH, played the philanthropy video, and had a speaker from the local RMH to share information about their house and their perspective on our relationship. We had a raffle where raffle tickets supplemented the number of chips individuals had. At the end of our live auction we had a “raise your paddle” section which is when the auctioneer asks guests to raise their paddle for certain amounts as a pledge to donate that amount at the end of the night. By the end of the night, after paying off all expenses since our event does not have a budget, we raised more than $40,000 which is more than we have ever raised before.

How did you publicize the event?

We sent “save the date” and invitation emails to our families, our chapter’s alumnae association and the regional alumnae association. We also used our chapter social media to post about it and asked all members to make their cover photo one we created to market the event for the month of February. We also asked the local RMH to spread the word within their community so they shared the information at a staff meeting as well as on their social media. Finally, in the weeks before the event we sent out a teaser email detailing what some of the items up for auction would be.

How did you involve the entire chapter and get them excited?

Every member of the chapter did work to support the event, whether it be working a shift at the event in a number of different capacities or doing pre-event work such as making decorations. We also asked all members of the chapter, in groups, to provide auction items through reaching out to local companies to get donated items. Finally, a number of our members actually attended the event with their families!

What activities did you add for your guests?

Aside from the one other time we had a casino theme to our Lion’s Share this year we added activities for our guests in regards to the casino games. This ensured that our guests always had something to do. Additionally, we also had a photo booth so that guests could take photos with an ADPi banner ensuring they had memories of the event!

What was your favorite part of this event?

My favorite part of this event was the “Raise Your Paddle” section of the live auction. This was the first time we had ever done this at our event and I did not expect it to go as well as it did. Basically the auctioneer starts at the largest number, which we had as $1,000 and then went down in increments and we logged the numbers of people who pledged to give those amounts. I was on stage writing down paddle numbers and when the auctioneer asked who would give $1,000 six people raised their paddles. I did not expect so much from so many people and I actually started crying on stage seeing how supportive and kind our guests were in making this event I gave everything I had successful. That was by far my favorite part of the event. 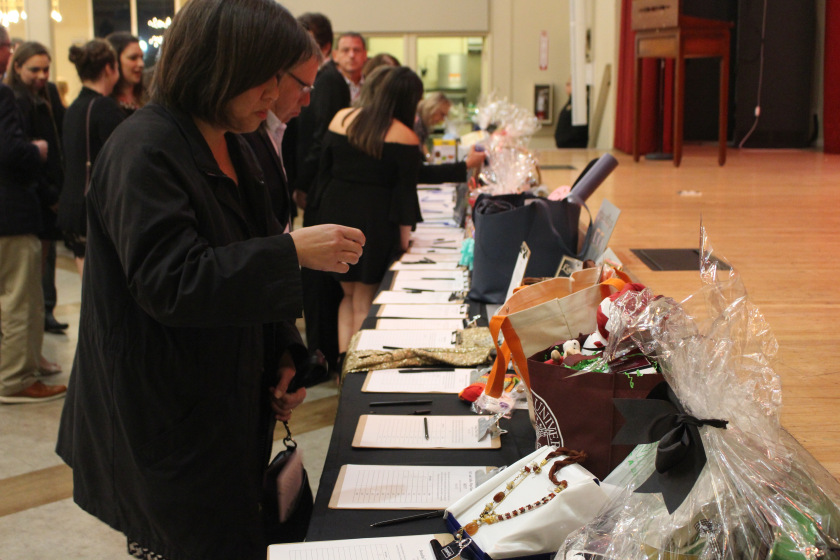 What do you think contributed to your success?

I think that having a professional auctioneer who worked well with the crowd greatly contributed to our success. Additionally, I think something that was beneficial was my efforts to minimize expenses of the event. Because our Lion’s Share does not have a budget and therefore all expenses have to be paid off by profits before we can determine proceeds the lower the expenses the better. I was able to get a number of discounts and donations from our vendors ensuring that our expenses were much less than the year before. Another thing that I think contributed to our success was our teaser email. By sending out an email about two weeks before the event detailing some of the auction items we gave families the opportunity to plan ahead on what they wanted to bid on and get more information on the items.

What do you plan to improve/build on next year?

A lot of our improvements will likely not be visible in the event itself but will expedite the behind the scenes work. For example, we are going to reorganize how we do check out so that at the end of the night people can pay for their auction items more efficiently. We plan to do the casino night theme again but to build on it so that the most money can be raised and fun can be had. Additionally we will rework our raffle so that it can be more efficient and our women will be able to better understand what is being done. 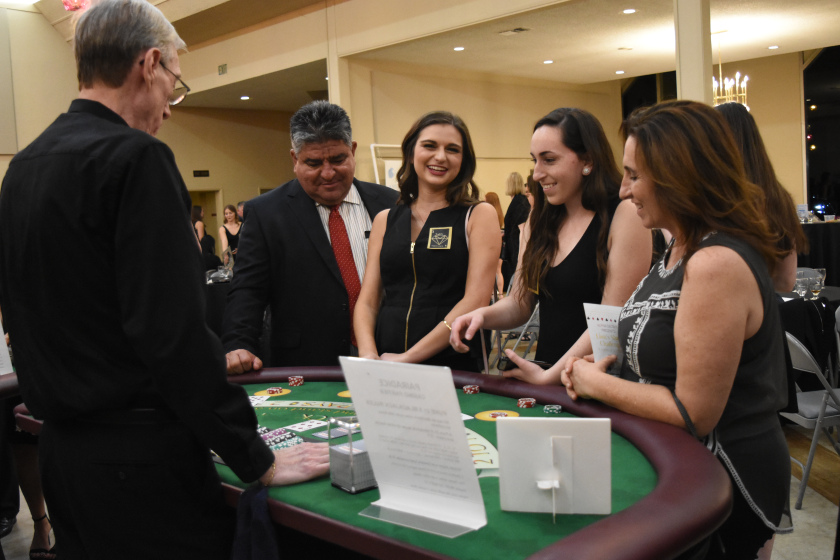 What tips would you offer to other chapters planning a similar event?

I think one of the greatest pieces of advice I would give is when asking for corporate discounts or donations to explain more about where the money is going. When I first tried to get donations and discounts vendors were not very receptive but once I explained the fundraiser was for the local RMH they were very supportive. Also, when possible reach out to vendors your chapter uses for other functions. I used the company we get our glassware and linen rentals from during recruitment, and all other functions and because they get a lot of business from us they were willing to give us a 50% discount for our Lion’s Share when they usually don’t give discounts at all! Another thing that I would advise is to be as transparent with the chapter as possible throughout the process, and informing them of their duties well in advance.