Mary Vu is a junior at California State University, Fullerton studying Electrical Engineering. She tells us her experience balancing school and sorority, and explains how she’s defied being labeled as a “dumb sorority girl.” 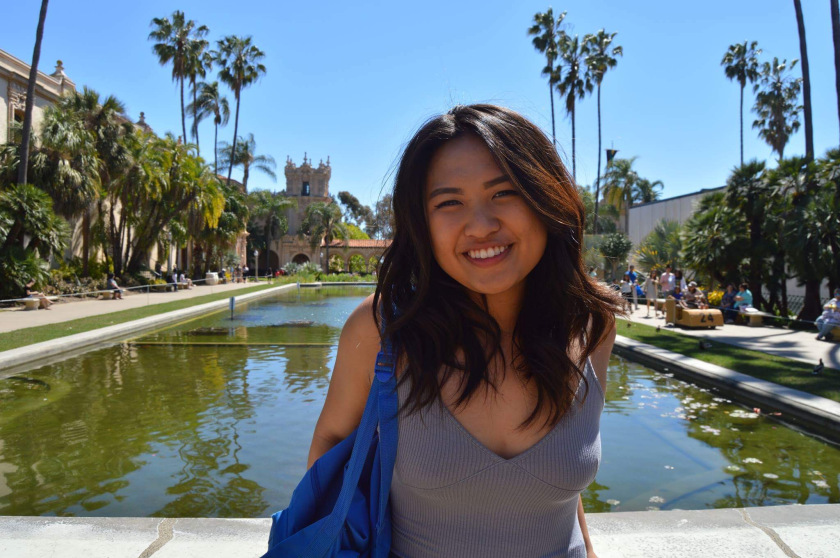 Mary interns at the top 3rd Aerospace Company in the world, called United Technologies of Aerospace Systems, and along with interning at a top aerospace company, she is currently the public relations chair of the Institute of Electronics and Electrical Engineers, and the Inter-club council Director of Finance for the College of Engineering and Computer Science. But, it doesn’t stop there! Mary serves her panhellenic community as a recruitment counselor and is Spirit Chair in her chapter. She was previously a camp counselor for Camp Titan and has served as Vice President of Society of Women Engineers.

Impressive, right? So, how has this incredible student been described as a “dumb sorority girl?” She tells us the story:

“Previously in spring of 2017, I ran for a president position for Society of Women Engineers. My speech was about 8 minutes, and I explained why I was the best choice for president. I had been a member of the society since my freshman year and held multiple positions, went to every conference, and balanced the budget. To my surprise, I lost. I lost because in the member’s words, “Why would you want a sorority girl as your next president?”. Despite my qualifications, experience, and all of the things I was involved in; these women only saw me as a “dumb sorority girl”. I worked hard and reached 70 units the end of my sophomore year. I managed to land an internship at a top aerospace company after my second year, and yet, that meant nothing because I’m in a sorority.

Sororities aren’t a huge plus when it comes to engineering. I knew that top aerospace companies wouldn’t be impressed with my sorority involvement, but I didn’t want to leave Alpha Delta Pi off of my resume. I couldn’t pretend that the last two years of my life didn’t happen, so rather than take it off, I left it there.

Sitting in a room with 4 engineers is already intimidating and it’s especially more intimidating when they get to the extracurricular portion and see Alpha Delta Pi. I could already tell by their faces what they initially thought upon reading that; however, I turned it back really quickly. I told them that before I joined a sorority, I was extremely shy. Without Alpha Delta Pi, I never would’ve stepped up into leadership positions on and off campus, and surprisingly, that was enough for them to hire me. It was then that I realized that companies look for someone who is actively involved on their campus. They want to invest in the people that are the most involved. Without Alpha Delta Pi, I never would’ve stepped up to those positions.

My sisters give me support by being there for me. There’s a lot of stigma that comes from being in a sorority most of which are that sorority girls are “mean” and stuck up. But through my experience in being in Alpha Delta Pi, I’ve made genuine friendships. I call them genuine because they’re always there for me. We might not have the same classes or majors, but there’s always going to be someone in my sorority who keeps my head up when dealing with the constant judgment I get within my field of study. I want all sorority women to know that the only person’s opinion that you should really care about is your own. We only get one college experience, so make sure that you put in everything that you want out of it.”