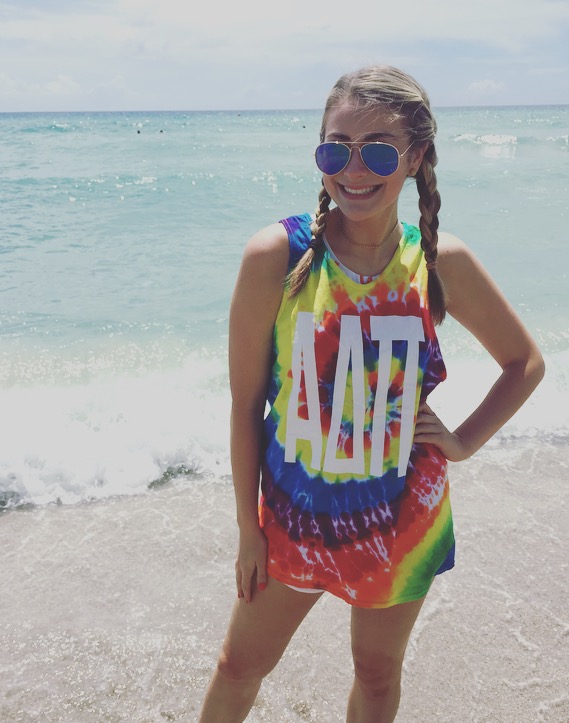 Hi there! I’m Annabelle Hale, the Membership Education Vice President of the Zeta Beta chapter at North Carolina State University, as well as a current Executive Office Intern. I’m ecstatic to be here at the 166th Anniversary Convention, and can’t believe that day three is already wrapping up. What could be better than experiencing my first Grand Convention in the beautiful city of Hollywood, Florida? The Diplomat Beach Resort has proven to be the perfect location for our sisters to experience all aspects of the Alpha Delta Pi sisterhood and ritual (and being right on the beach doesn’t hurt either)! I feel so grateful to have the opportunity to meet sisters from all over the United States and Canada, and hear about how the organization that I treasure, has affected so many others as well.

On this wonderful third day of convention, all attendees woke up bright and early and grabbed their coffee on the way to the second business meeting. This business meeting was crucial, as the voting delegates selected the Grand Council Officers for the upcoming biennium, and voted on amendments to our by-laws. What an honor it was to observe these elections in action, and be present in the moment that our 2017-2019 Grand Council was announced. I extend my congratulations to the 2017-2019 Grand Council, and say a sincere thank you to our 2015-2017 Grand Council for all that they’ve done to improve and enhance this sorority. I’m thankful to have all of these women to look up to as strong leaders and genuine sisters.

Once the business meeting concluded, it was time for some R and R during free time! My fellow interns and I made a bee-line for the beach and had a blast swimming and playing under the Florida sun (I have the sunburn to prove it)! We enjoyed a delicious lunch at the poolside restaurant, The Playa, which looks over the resorts two pools, and beach. While I’m talking about eating, in order to cool off for a bit, we headed over to Candy and Cones for some delicious ice cream treats. I indulged in a rainbow sprinkle ice cream sandwich, and yes it was as delectable as it sounds (and yes, I will probably have another before leaving on Sunday).

Once everyone was all gussied up in their bright beach attire, it was time for the “Down by the Sea” Alumnae Dinner. There’s nothing quite like sharing a meal with around eight-hundred Alpha Delta Pi sisters, all in one massive ballroom. My favorite moment of the night was when we sang the convention song, in order to find out which attendee has been to the most conventions. The winner was past Grand President, Virginia “Ginny” Stafford, with the grand total of having attended thirty conventions. How lucky are we to have a sister as committed and impactful as her?

I’m having the time of my life here at Grand Convention, and look forward to what’s to come this week, and in the future of Alpha Delta Pi.